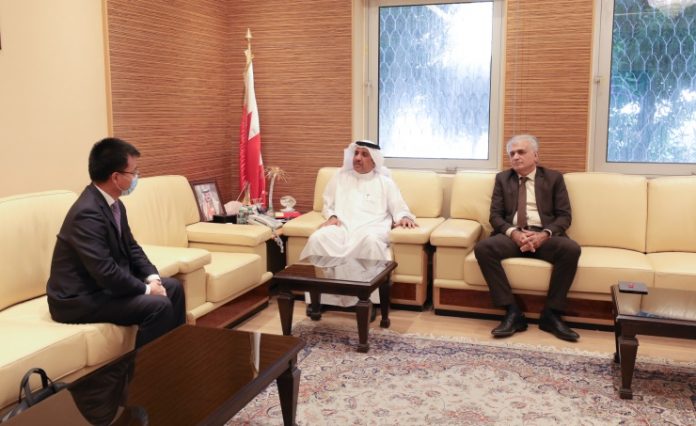 During the meeting, a number of projects and initiatives supporting several sectors were discussed, including the judicial sector and courts.

Chancellor Al-Buainain pointed out the importance of using artificial intelligence in various fields, especially in the judicial sector, to achieve the Supreme Judicial Council’s mission, as well as the initiatives and projects included in the draft strategic plan for the judicial branch 2021-2023.

He added that Bahrain seeks to harness artificial intelligence to enhance the efficiency of government work, support endeavors for digital transformation, in accordance with the Economic Vision for Bahrain 2030, and to take advantage of information technology developments to improve the efficiency and speed of performance.

The Supreme Judicial Council submitted in 2019 a proposal for digital transformation in courts and uses of artificial intelligence, during its participation in the meeting of Presidents of the Supreme Courts and Courts of Cassation in the GCC countries.

He pointed to the transformation in the procedures of justice before the courts by filing civil, commercial and Sharia’a lawsuits of all kinds and degrees completely electronically through the e-government portal, in cooperation with the Ministry of Justice, Islamic Affairs and Endowments and the Information and e-Government Authority.