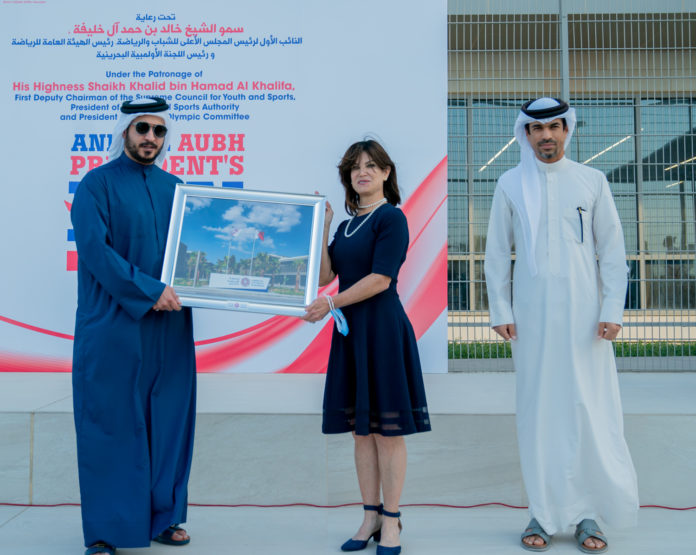 More than 200 athletes took part in the race, which was organized by the American University of Bahrain (AUB) under the theme #OneTeamOneRun”.

His Highness Shaikh Khalid bin Hamad Al Khalifa was presented with a commemorative gift on this occasion from the AUB administrative personnel before touring the AUB Sports Complex.

In a statement on this occasion, he commended the university for organizing the annual race, stressing the importance of sports for individuals, particularly students.