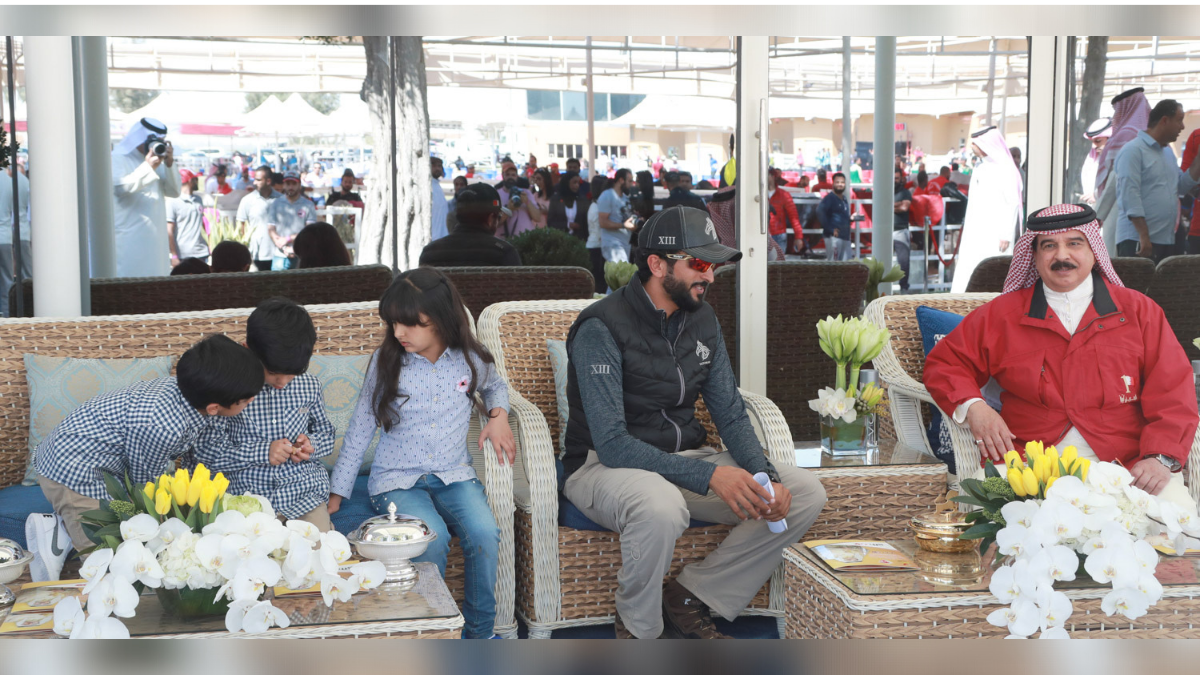 Under the patronage of HM King Hamad bin Isa Al Khalifa, the King of the Kingdom of Bahrain, and on the directives of HH Shaikh Nasser bin Hamad Al Khalifa, Representative of HM the King for Humanitarian Works and Youth and Honourary President of Bahrain Royal Equestrian and Endurance Federation (BREEF), HM the King Festival Cup races kicked off on Wednesday. Organised by BREEF, the prestigious event will conclude on February 20, 2021, being held at Bahrain International Endurance Village.

HM the King Festival Cup will feature various races, covering various distances, including the main event which will see competitors travelling a distance of 160- km. It will also include a 120-km race for juniors, in addition to 120-km and 100-km races for the public. It also includes local qualifying 40-km and 80-km races, as well as a 20-km race for children.

On this occasion, HH Shaikh Nasser bin Hamad Al Khalifa hailed the development of the endurance sport in the Kingdom of Bahrain as well as the level it reached thanks to the support and backing of HM the King. HH Shaikh Nasser pointed out that the interest and constant care of HM the King in this sport has enabled it to hit new heights, allowing the Kingdom to become the main destination for many jockeys from across the world.

He further explained that the 2020/2021 season witnessed incredible competitions, high speeds and wide participation from jockeys and studs. “The wide participation witnessed in the championships this year is a statement that this sport is spreading widely among the society in Bahrain. We are keen to provide full support to them in order to make them continue developing this important game in Bahrain,” HH Shaikh Nasser said.

He pointed out that HM the King Festival Cup is the most precious contest in this sport. “We are confident that the event will be a tremendous success and it will feature incredible performances,” HH Shaikh Nasser added, praising the efforts of BREEF under the leadership of HH Shaikh Isa bin Abdullah Al Khalifa and all committees involved in organising the event.

He further added that HM the King Festival Cup is considered an important milestone because it’s being held under the patronage of HM the King. He explained that the event will be broadcast live on Bahrain Sports T.V starting from Friday.   It’s worth noting that Bahrain International Endurance Village has been decorated with great images of the event.

On Wednesday, The veterinary examination was done for the horses which will participate in the 80-km local race and the 100-km qualifying race. Both races will take place on Thursday.