Whether you’re a landlord or a tenant,...
Sports This WeekMinistry of Interior Dominates Seventh Showjumping Round With Four Titles

Ministry of Interior Dominates Seventh Showjumping Round With Four Titles 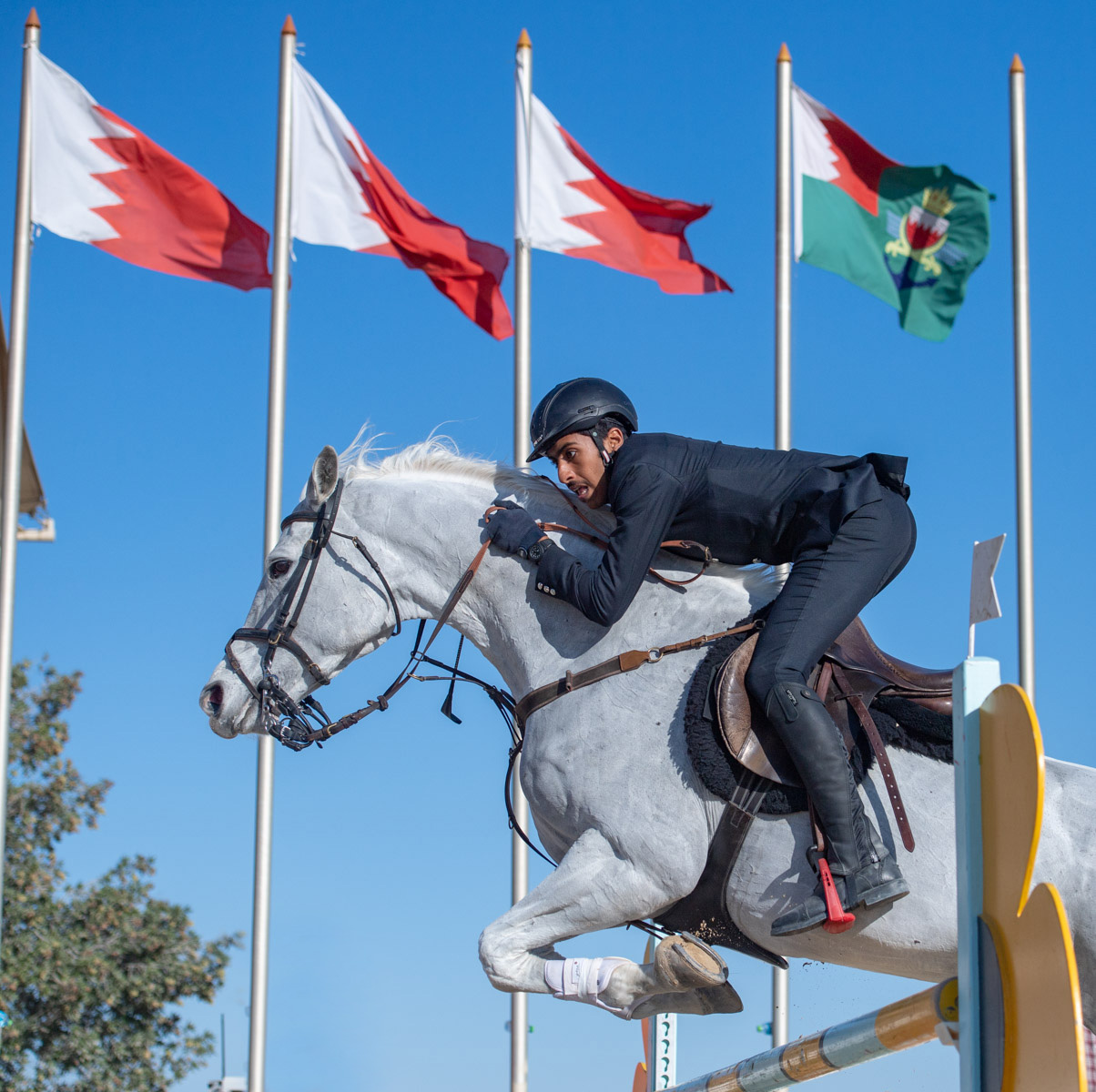 The Ministry of Interior team has dominated the seventh round of the Showjumping season, bagging four titles, including the grand prize, mainly thanks to in-form athlete Mayoof Al Rumaihi, who secured three titles alone, held under the patronage of HH Shaikh Isa bin Abdullah Al Khalifa, President of Bahrain Royal Equestrian and Endurance Federation (BREEF).

Mayoof Al Rumaihi of the Ministry of Interior team was unstoppable in the main event of this round as he won the first and second places after participating on two different horses. He topped the podium after posting a time of 50.11 seconds, before clocking 53.18 seconds on his second horse en route to winning second place too. Veteran athlete Saber Salman of Bahrain Defence Force (BDF) team came third, almost two seconds away from the runner-up position. The main event of the day featured 145 cm obstacles.

The winners in this competition were crowned by Ms Huda Janahi, Owner of Horse Pride Co. in the presence of Mohammed Dadallah, Manager of the Showjumping Season and Haider  Al Zuabi, CEO of BREEF. Ms Janahi congratulated the winners, praising the clear development of the performances being witnessed this season.

The 7th rounded included three other competitions and in-form Mayoof Al Rumaihi was on the double in the fourth and third contests too. In the third contest, which included 115 cm obstacles, he posted a time of 30.75 to win first place and finished second after clocking in 34.29 seconds in his second attempt. Yahya Ahmed came third in 35.83 seconds.

In the second contest, Mayoof Al Rumaihi outclassed his competitors too, clinching top position in the event which included 125 cm obstacles. He crossed the finish line in 32.71 seconds, and he occupied second place after he posted a time of 36.13 seconds. Third place went to Mohammed Ali Radhi (41.59s).

In the joker event, which included135 cm obstacles, Haytham Al Bastaki of the Ministry of Interior (39.91s) awarded the fourth title to his team following an incredible performance. His teammate Hussain Mohammed Dadallah came second in 40.39 seconds.