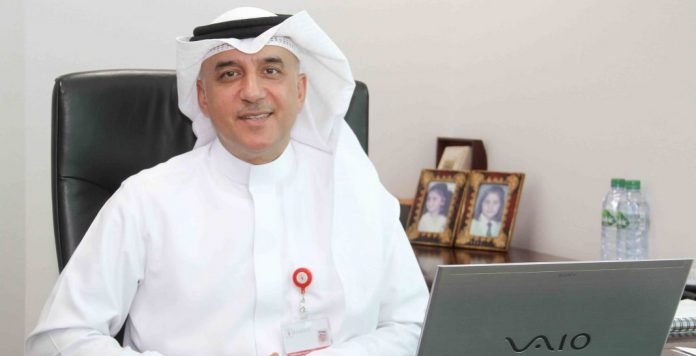 Towards A Cashless Society

Abdulwahed Al Janahi, CEO of Benefit; the company that launched the first National e-wallet in the Kingdom. Read on to know more about the e-wallet and how it is going to shape the Kingdom’s economy.

Could you please start off by telling us what is BenifitPay and the area of focus?

BenifitPay is an eWallet or a comprehensive payment solution that can be used in a mobile both for consumers and the corporates including the banks. It is a first national e-wallet, it is comprehensive payment method for the whole Bahrain. The idea of the eWallet is a continuation, of our services that we keep launching from time to time, like we introduced a service last year called EFTS, that stands for  Electronic Funds Transfer System, where we encourage the customers to do their transactions online where we further aim to make the Kingdom a cashless society and we branded them as Fawri, Fawri + and Fawateer.  If you see these days mobile is part of an individual’s day to day activity, so we thought that there are various ways to transfer money but not even one app available to transfer money electronically and we believe that if we turn Bahrain into a cashless society the transactions would just be really convenient for everyone. The BenifitPay is going to launch in two phases. The first phase that was launched a couple of weeks back included transactions directly from debit card while the second phase will be launched in less than six months, which will allow app users to

transfer money through credit card, prepaid card, from one account to another account where you don’t need to use physical card. Our entire aim is to make transactions convenient for everyone and taking the Kingdom towards being a cashless society.

Can you trace the path from each of your earlier projects towards reaching the success that BenifitPay has come to signify?

The company started as an Atm Switch where the customers could not use banks as atm or vice versa,  so that problem led to a project idea came where we switch all the banks together under one hub so all the customers can use ATMs of other banks too to make a transaction. Followed by that we incorporated additional sales and other product services into the same Atm Switch concept which we called Direct Debit, wherein all the bills could be deducted on monthly basis without any hassle from your debit card. With the success of those two we introduced a new project called GCC Net, a similar concept to Atm Switch but in this no matter what part of GCC you are at, a consumer can make similar transactions as local. With the success of many more similar ideas like this, we decided to launch Benefit Pay, an eWallet system wherein transactions are made ever simpler than before just with the help of a mobile phone.  In fact, even if we look at the abbreviation for Benefit it is Bahrain Electronic Finacial Transaction and just like the name of the app, we wanted everyone in the kingdom to benefit from our product.

How do you think an app like this is beneficial for Bahrain?

As a Nation, we constantly need to cope up  with the growing technology, and it is really important to make sure we don’t fall behind and thus for that, we need to constantly take steps forward and enhance the image of the country. BenifitPay was thus launched. An e-wallet that will be our way towards a cashless society and help speed up payments for merchants, banks and another paries without neglecting the security aspect.

What is the next step for BenifitPay?

We have our future plans already planned but for now, our focus is to work towards making it known to every individual. So far we have just got a positive response,  and we are closing working with the banks that could regulate the merchants to further come on board. We believe it will take 6 months to 1 year for the citizens of  Bahrain to make it a habit and fully accept this app and use it for their day to day transactions. There are more services to be added but all will happen in due course of time.

“Our entire aim is to make transactions

convenient for everyone and taking the Kingdom

towards being a cashless society.”

What are the consumer segments that BenifitPay app is focusing and what’s your target?

We are tragenting on the micro payments, as almost everyone uses a mobile phone these days. But the younger generation is more tech savvy thus are the main target would be the younger generation but also saying that it wouldn’t be possible without the merchants thus for us there is not a specific age group we are targeting but this is a complete cycle of its own.

Can you tell something about your manpower and investment plan for BenifitPay?

There are a lot of people who made this happen and any organisation can only flourish due to the people in it. I would also say that we have an aggressive plan with the most talented people in our organisational structure who are constantly focusing on business innovation, marketing innovation.  But also with technology, the number doesn’t matter, it just a matter of an idea and people working really hard to achieve that idea.

How are you planning to increase merchants for Benefit app?

We have an aggressive marketing budget, and we are working really closely with banks in order to get merchants on board. In fact, we just started it this week but talking to a lot of people in the market we realised that there are merchants who are more interested in this and the merchants have approached us asking the on how can they get on board with this system.  As this system doesn’t require any machine or device all they need is a QR code for the transaction and to register themselves on that app. We further have a lot of marketing and promotional plans to encourage the merchants to be a part of the cycle and help us reach our aim towards a cashless economy.

What are your future plans?

Our plan in the near future is to create this app as a payment hub in this Kingdom. We are aiming and working towards our three-year strategy.  Our marketing team is constantly coming up with innovative ideas and we have a few things we are working on but for now, our aim is to make this app a payment hub in the region.

Which is your favourite failure?

It is a very brilliant question, If we are talking in terms of a business point of view, I haven’t seen much failures because the idea is to never give up. To me, it is more like challenges than failures. It all comes with changing the mindset where you convert your threat into an opportunity and how you convert your weakness into strenth.

What would be your message for an aspiring entrepreneur?

To always belive in yourself and your idea. Focus on the need of the situation rather than accomplishing other unnecessary requirements. With believing in yourself an aspiring entrepreneur must also be responsible and committed to accomplishing what they belive in. There are going to be a thousand of failures but the key is to not gove up when you fail. You need to keep trying and most importantly belienv in yourself despite the failure.

We are constantly working towards taking the country forward with the new technologies. We belive that there are more things to BenifitPay other than it just being an app. We have a lot of new services coming up and that would be revealed in due course so time. So I would encourage everyone to help us achieve the vision of the County and take the Nation forward in the electronic payment sector.