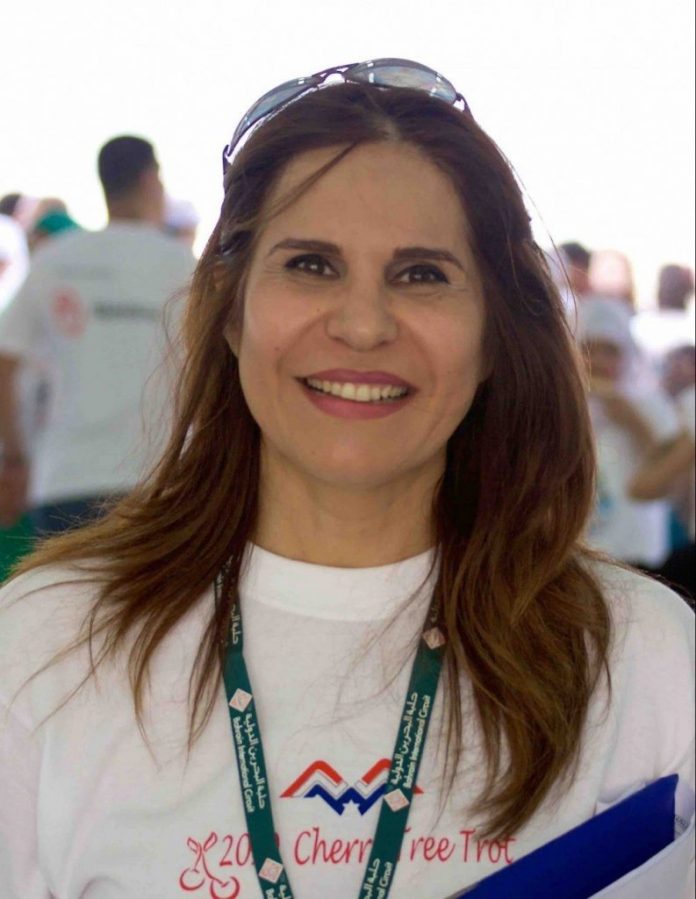 Why do I volunteer?

Mrs. Laila A R Hussain, a multifaceted woman who has been spearheading the community service activities of the much acclaimed American Women’s Association. On a mission to spread the message of being there for your fellow beings, she has been actively involved in charitable services since last 19 years. Being the chairperson of community services of AWA, Mrs. Laila shares with BTW her journey so far and details too, of the upcoming event ‘Cherry Tree Trot’.

It has been more than 19 years since you have been with AWA community services and now hold the position as a chairperson of the activity. Can we know a bit about your beginning and the journey so far?

I was first introduced to the AWA through a friend of mine who was an existing member. The first committee I signed up for was the Community Service, and every week a group of us would visit the Child Care Home or a centre for orphans. After realizing the difference that one volunteer can make, I got motivated to get more involved in the different areas of Community Service. This is what I love doing the most and which is why I continued doing so for the last 19 years.

The biggest charity event of AWA, “The Cherry Tree Trot” is scheduled for this December. How are the preparations going on?

The Cherry Tree Trot (CTT) is AWA’s biggest bi-annual fundraising event. We started the first planning meeting in March. A team of 30 people are working in different areas such as Corporate, Registrations, Lucky draw, Refreshment, Entertainment, Trophies and Medals, PR, Homes, T-Shirts, Race logistics, Treasure, Recording Secretary, Volunteers’ coordinator, First Aid, Posters, Banners, Bibs & flyers and Photographers to make this event a successful one. In 2012, we witnessed the participation of 25 various centers and elderly homes that we work with. Around 1000 people participated in different races with over 600 of the participants coming from different centers and the rest being able-bodied runners. We managed to raise almost BD 50,000 in the 2012 CTT event.

How did the cherry tree trot begin?

The Cherry Tree Trot started in 1981; the name Cherry Tree Trot refers to the famous legend, George Washington, the first president of the United States of America. When he was about six years old, he chopped his father’s English cherry tree with his hatchet and the tree died. Later, his father discovered what had happened to his favorite tree and asked George if he was responsible for it. He said, ‘I can’t tell a lie father, I cut it with my little hatchet’. This is a reference to the belief that George Washington never tells a lie. 33 years ago when the first CTT committee started this fun day out for the physically and mentally challenged , they decided to hold the race in February, since George Washington was born on February 22nd and also the weather at this time was good to hold an event like CTT.

In this materialist world, how did you get involved in charity services?

It is so rewarding, working for the community. Being involved with charity work is something I enjoy doing the most. This is one such unique field, where by, the end of the day you feel that you have done something good for your people and community.

What are the major community activities you are involved in and what challenges do you generally face?

We have weekly visits to Elderly homes, Blind societies and Psychiatric Hospital. At the moment we are very busy with preparation of Cherry Tree Trot race which will be held on Saturday, 13th December, at the Bahrain International Circuit from 8:00 a.m. to 2:00 p.m. The major challenge so far has been to organize events and to raise the required funds.

What according to you makes the activities of AWA unique from other associations?

AWA offers many different activities such as community service, book club, on Island tour, off Island tour, craft, cooking group, couples evening of taste, yoga class, women of taste, quilt group, art, photography group, bridge club etc. It is open to all nationalities and at the moment has around 250 members of more than 40 different nationalities. With all these versatile women working together to achieve the same goals makes AWA unique.

What message would you like to give to the readers of Bahrain This Week?

“Everyone can be successful in any career they chose to follow, as long as they always work hard and believe in themselves.”

I know that women are capable of taking on positions with lots of responsibilities, as much as men are. I feel that everyone should follow a career path that they feel suits them the best, whether it is business or any other field. Everyone can be successful in any career they choose to follow, as long as they always work hard and believe in themselves.

A Bahraini delegation comprising of businessmen and media recently visited Thailand as invited by The Department of International Trade Promotion (DITP) which established, under...
Read more
Contributors

ALL FOOD FOR FOOD STUFF is a reputable Bahraini Company that was established by Mohamed Abdulaal. The company ensures importing, exporting and trading fresh...
Read more
Contributors

Raneen Bukhari grew up in what she calls “a business/art environment”, Her mother an artist and her father a businessman. In 1990, her parents...
Read more
Contributors

With AlRiwaq Art Space celebrating its 20th year anniversary, I decided to sit down with the force behind the movement, Bayan AlBarak-Kanoo: an icon...
Read more

The Representatives Council’s Secretariat-General and the Labour Fund (Tamkeen) signed an agreement. It is to train 40 Bahrainis to work at MPs’ offices temporarily. Secretary-General...
Read more
Inside Bahrain

Friendship Society for the Blind in Bahrain was established in 1981. Initiated by some blind teachers and students for having a society for the...
Yoga

The doshas are biological energies found throughout the human body and mind. They govern all the physical and mental processes and provide a unique...
Beauty

Dry skin and winter season are quite the duo and there are mistakes that can make our skin worse. Here’s a guide to understand...
iGA

These days, our smartphones are much more than just phones. We rely on them for work, leisure, directions and many more important aspects of...
Wheels and Gears

Youth and Sports Affairs Minister, Ayman bin Tawfeeq Al-Moayyad, has stressed the importance of constant coordination with municipal councils to ensure the progress of...
Entrepreneurial Journey

Once, on a holiday, one of our stores was more crowded than usual and there was a crowd in front of the billing counter....
Wheels and Gears

The Nationality, Passports and Residence Affairs (NPRA) organised an awareness campaign for expatriate communities. The Labour and Social Development Ministry and the Labour Market...
PR This Week

Batelco, the leading digital solutions provider in the Kingdom has expanded its cloud connect solutions portfolio with the introduction of Google Cloud Interconnect. The...
Uncategorized

Bahrain FinTech Bay will host “OpenX 2020” an Open Banking conference held under the patronage of the Central Bank of Bahrain. The conference will...
© GO ALIVE MEDIA
MORE STORIES