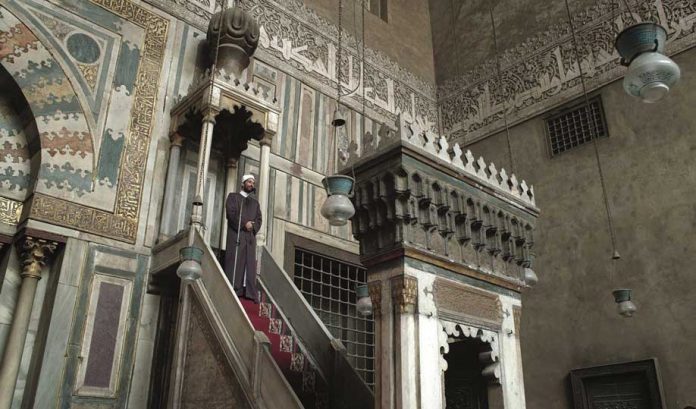 Both have been hailed almost instantly as masterpieces and selected for their interesting and innovative subject matters, compelling storylines, and extraordinary performances and an example of landmark Arab cinema.

Lebanese director and writer, Vatche Boulghourjian’s ‘Tramontane’ is his first directorial feature which he also wrote. The highly acclaimed film was supported by DIFF’s post production initiative Enjaaz and picked up a Muhraward at DIFF last year, it scooped the Grand Golden Rail earlier this year at Cannes Film Festival and received a special mention at Pula Film Festival.

The film follows Rabih, a young blind man, lives in a small village in Lebanon. He sings in a choir and edits Braille documents for an income. His life unravels when he tries to apply for a passport and discovers that his identification card, which he has carried his entire life, is a forgery. Traveling across rural Lebanon in search of a record of his own birth, he meets people on the far fringes of society who tell their own stories, open further questions and give Rabih minor clues about his true identity. Descending into a void at the heart of his existence, Rabih encounters a nation incapable of telling his or its own narrative.

The second showcase is from Egyptian director Magdi Ahmed Ali’s ‘Mawlana’ based on journalist-novelist Ibrahim Eissa’s bestselling book. The multi-award winning renowned director who realized acclaimed films like O Life, O Love, Girls’ Secrets, Fawzeya’s Secret Recipe and Nile Birds brings us ‘a film that has proved to be one of the most discussed films of the year.

The film revolves around Sheikh Hatem who stands out in a society influenced by fundamentalist views. From leading the prayers at a government mosque to becoming a popular TV celebrity issuing fatwas that deviate from the traditional religious rhetoric, he has amassed millions of fans. His responses on TV reveal a witty and eloquent person against a backdrop of darkness, where power struggles rage. Hatem finds himself caught within a complex web of conflict – his personal life unravels and he tries to stay above the politics of institutions. When he is entangled in a delicate matter, he has to find a way to make a dent in the climate of hypocrisy and fear.

Abdulhamid Juma, DIFF Chairman said: “Recognition from the Hollywood Foreign Press Association for an Arab film would help propel Arab talent and cinema significantly. Arab cinema is still overlooked in the mainstream despite many films from the region receiving critical acclaim at festivals around the world. Both Tramontane and Mawlana are compelling films with a universal appeal and deserve to be seen by a wider audience. We thank the HFPA for their continued support; it’s initiatives like this that champion Arab films and that can really make a difference.”

Lulu Hypermarket is celebrating its 13th anniversary of being a retail leader in the Kingdom of Bahrain with a grand ‘Shop and Win’ e-raffle...
Spotlight